The noise machines make as they work can create a melody. That's the concept behind "Il suono nascosto" (The Hidden Sound), a research project, in collaboration with the cultural association Umanesimo Artificiale and sound artist NeuNau, that the Biesse group chose to present as part of the celebrations for its fiftieth anniversary, at the Ligna trade show in Hannover.

“Machines can converse, they can talk to each other. A machine isn't just a tool for producing items of design, it is also a musical instrument capable of transforming everyday work into a work of art" explained Raphaël Prati, Group Marketing & Communications Director. At the celebration, Sergio Maggioni, aka NeuNau, brought a unique performance to life: the sound of the machines, imperceptible to the human ear, became music, revealing a level of expression that transformed the machines into musical instruments.

“Yesterday's performance was the culmination of months of work. We collected sounds from the machines in the Biesse showroom and then used them in a composition that brought the performance to life. There was great synergy in the group, since space was also made for the visual element" NeuNau explained. The performance was, in fact, accompanied by a video: clips showing the machines in action and creative lighting moved in harmony with the sound and captivated the audience, creating a magical and suggestive atmosphere.

“We decided to create a dialogue between man and machine. The machines were those created by Biesse and the artist was Sergio. That's how the project was born. We were very pleased with yesterday's performance" said Filippo Rosati, president and art director for Umanesimo Artificiale, a cultural association from Fano. “It was challenging at the onset, but the project gradually came to life. The starting point is always the sound. We could have ended up with nothing, instead a melody was born" NeuNau said in closing. 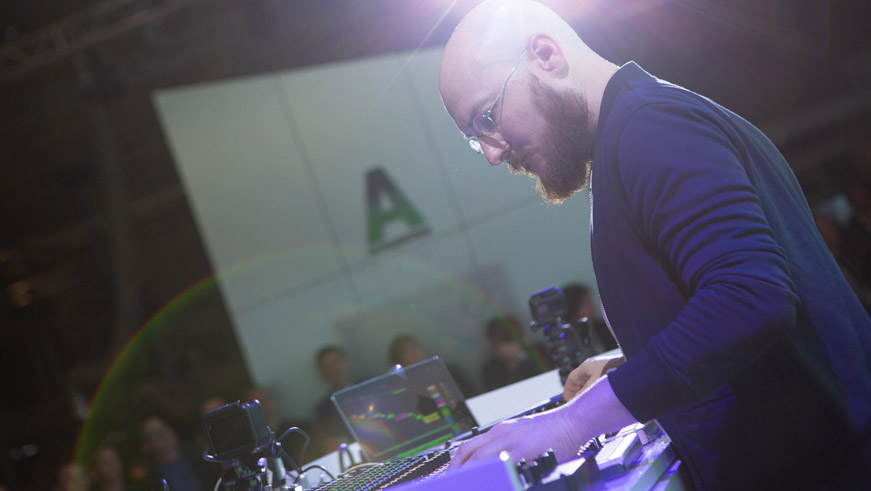 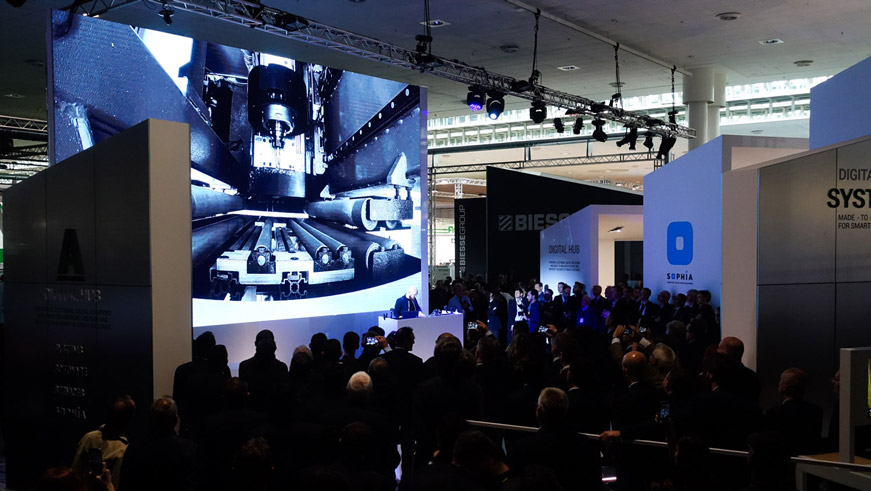 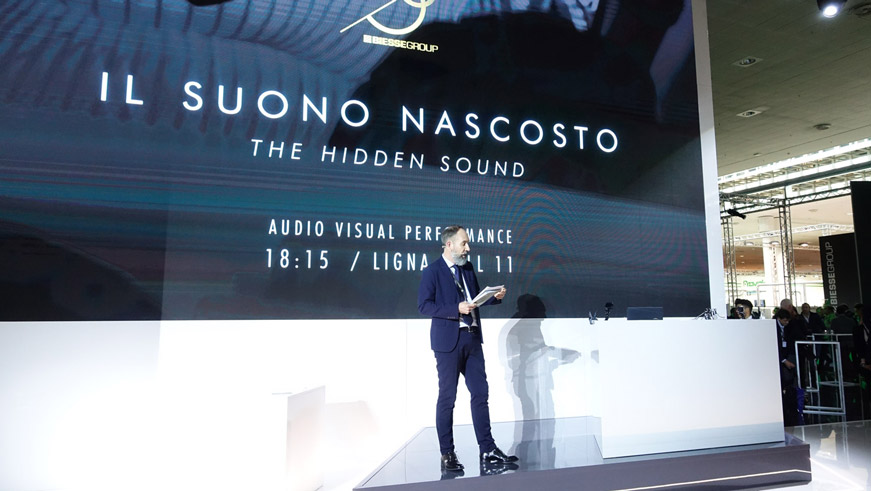 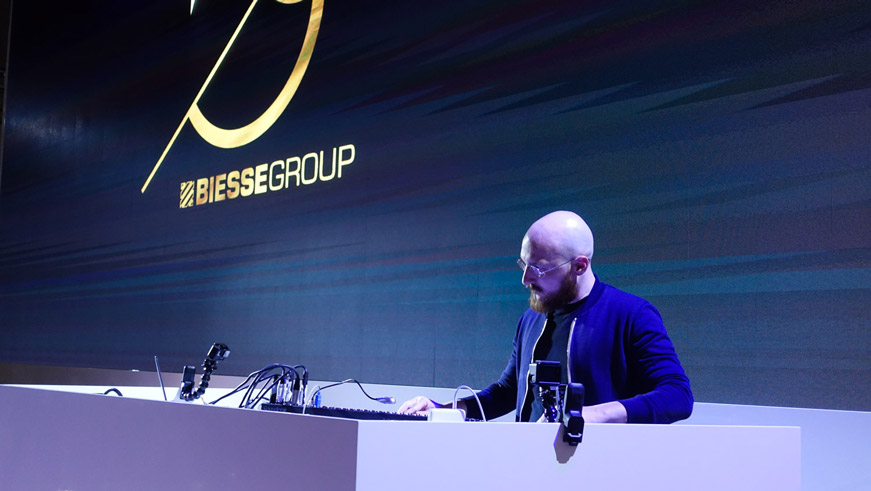