Biesse Group is among the eleven national winners for Italy at the European Business Awards, the biggest corporate competition sponsored by RSM.

The companies, selected as the best in the 11 Award categories, by a group of independent judges composed of business leaders, politicians and academics, will represent their country in the final phase of the competition. In fact, the award is part of an initial competition phase that will continue competing with European competitors in Poland (May, 22-23).

Biesse strongly believes in the potential of Industry 4.0, and for over a year has been carrying out, with considerable investments in research and development, a project that will revolutionize the processing machinery market: a platform of advanced and productive services that enables customers to wide range of services to simplify and streamline work management. In fact, in the digital factory of the future, through the continuous monitoring of data, it will be possible to watch the transition from mass production to mass customization.

Since 2007, the European Business Awards has been shining a light on the most innovative businesses on the continent by promoting success, innovation and ethics in the European business community. In the 2016/17 Awards, the EBAs engaged with over 33,000 organisations in 34 countries.

RSM is present in all major countries of the world, with a particularly significant presence in the US, China, UK, Germany, Japan, Brazil, Singapore, India, Australia, South Africa . RSM International is in turn a member of the Forum of Firms of IFAC ( International Federation of Accountants ), which includes all major networks of global audit firms. The purpose of the Forum is to point to the highest quality standards in the industry and to monitor the effective implementation by its members .

The Board of Directors of Biesse S.p.A., beside to confirm the listing project for the controlled company HSD S.p.A. alw...
CORPORATE 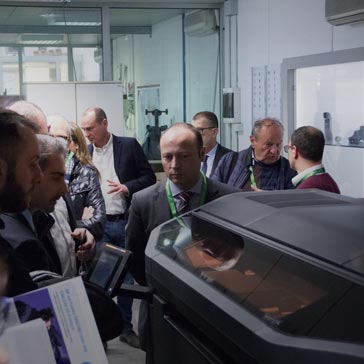