A gala evening will be held on 16 April at Pesaro at the premises of the Biesse Group, a leading manufacturer of machinery for the processing of wood, glass, stone and plastic.

The guests will include Minister for Constitutional Reforms and Relations with Parliament Maria Elena Boschi. Raphael Gualazzi and the group "Neri per Caso" will provide the music. The Biesse Group has now been in existence for nearly half a century: years marked by tenacity, passion and foresight, resulting in the success of a company that employs around 3,200 people worldwide, with revenues at 31/12/2015 of around EUR 520 million.
Th event celebrates this important landmark and the founder, Giancarlo Selci, who turned 80 a few months ago. "Una vita in movimento" is the theme of the gala dinner, which will be attended by about 300 guests. In addition to the Authorities, including Minister Maria Elena Boschi and Mayor of Pesaro Matteo Ricci, there will be business people, politicians, customers, suppliers, and the Group's domestic and international retailers. The evening will be a story of the past, present and future of the company, highlighting technological innovation and human capital, the pillars on which the group has built its worldwide success.

The hashtag #80G will be used to communicate the event on social networks. 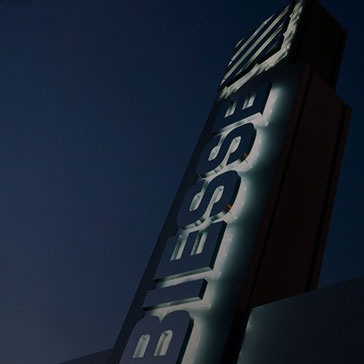