The "Scultura della Memoria", the work of artist Giuliano Vangi in memory of Anna Selci unveiled in Pesaro

The "Scultura della Memoria" (Sculpture of Memory), by the artist Giuliano Vangi, created with the support of Biesse Group has been unveiled in Piazza Mosca in the centre of Pesaro.

The sculpture was created in stone from Apricena (Foggia) and represents prominent citizens representing the culture and history of Pesaro and the Marche Region, like Rossini, Leopardi and Raffaello. It is dedicated to the memory of Anna Gasparucci Selci, the late wife of Giancarlo Selci, founder of Biesse Group, who during the unveiling ceremony, said: “Today marks the fulfilment of a desire that I have had for some time: leaving a tangible sign of Anna's love for Pesaro and for art. I am happy that this marvellous sculpture has been installed in a square in the heart of the city. My wife was a strong, visionary and charismatic woman: a sensitive and courageous entrepreneur, who I have been fortunate to have at my side. Together, we built up Biesse, making it successful all over the world. She was passionate about art and culture, convinced that there can be no company culture without appreciation of beauty and goodness. It is with sincere admiration that I thank Vangi, an internationally famous artist: it is a huge satisfaction for my family. There could be no better tribute in memory of Anna.”

“We have met a great artist like Giuliano Vangi and a great, passionate and open-minded entrepreneur, like Giancarlo Selci,” said Matteo Ricci, Mayor of Pesaro, who continued: “The sculpture makes the square unique, one of the most beautiful gathering places in the city.” Deputy Mayor Daniele Vimini added: “The project took shape in 2016, in response to an initial idea suggested by the artist, Davide Leoni, who put Giuliano Vangi and the City in touch with each other. An idea that has come into being due to Giancarlo Selci's sensitivity. The valuable support of Biesse, with the friendly contribution of Elio Giuliani, has made it possible for the resources of the City to be directed towards the improvements made to the square where the sculpture has been installed.” 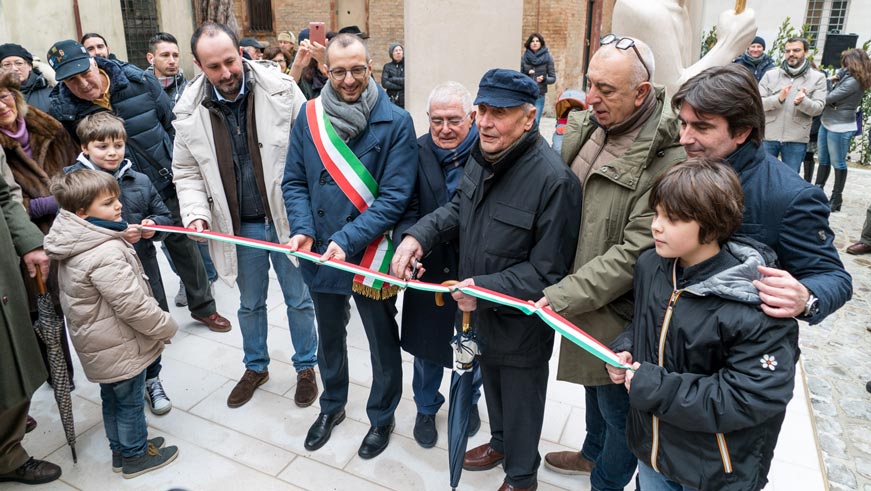 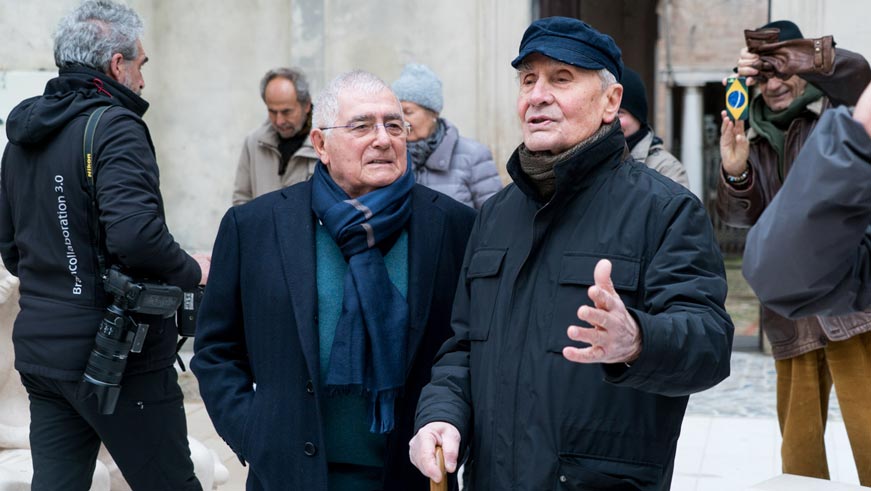 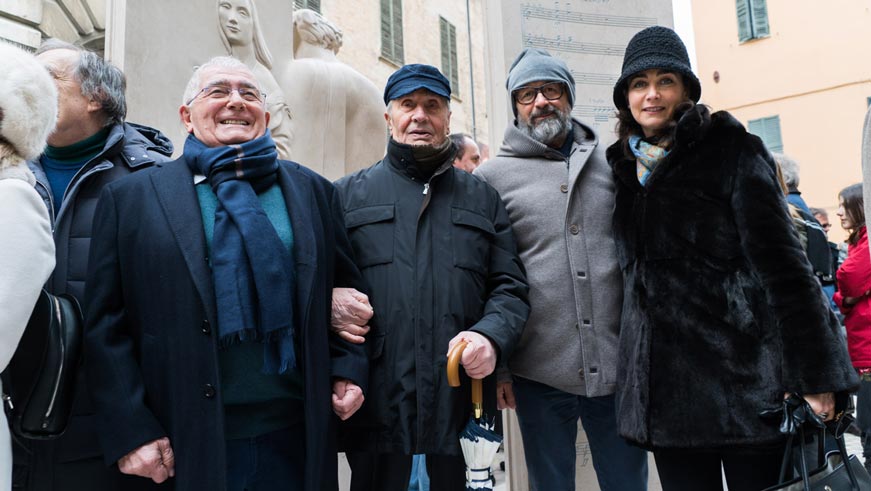 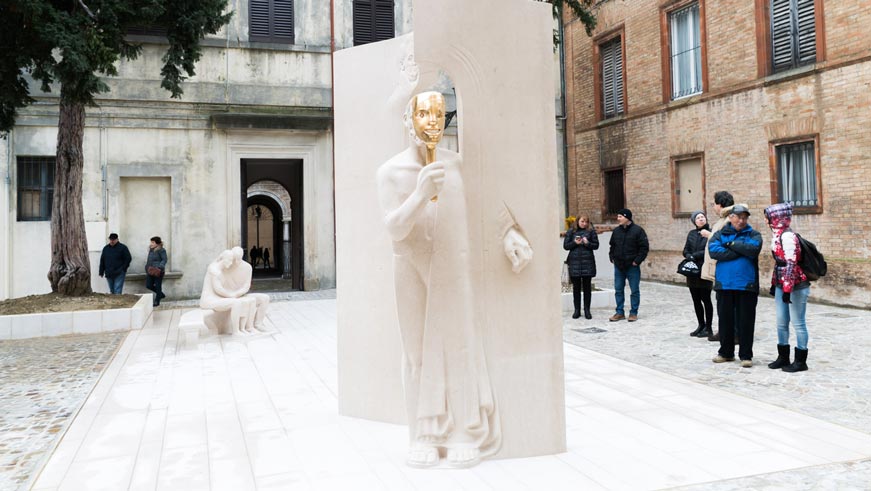 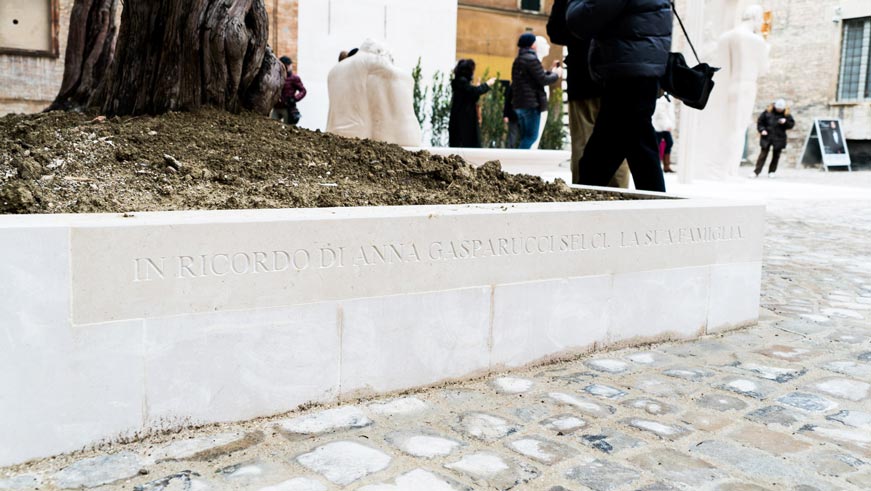 The charity dinner held by Fiam, Biesse Group, and Fondazione Mediolanum Onlus was a great success: 70,000 Euros were do...
CORPORATE 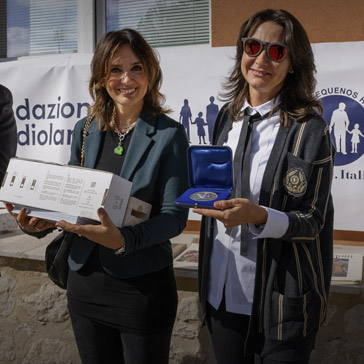