The hands on the lathe: a new book, "Sembrava Impossibile", tells the story of the man who founded the Biesse

A challenge beckoned, and a man chased his dream, starting from scratch but with vision and a vocation, as the great Italian boom of the 1960s was in full swing. Sembrava impossibile – Da 0 a 100, Storie di imprenditori di successo, published by Wise Society, presents the story of Giancarlo Selci among those told in the book.

“It was 18 April 1960. I was 24 years old. I had just opened a workshop and had a bet to win.” Giancarlo Selci's eyes study that distant day, as though searching for forgotten feelings. “Suddenly, a call came in from the clinic: my son Roberto had been born. I had to hurry to the hospital, immediately. The phone rang again. This time it was SIMA from Jesi. They wanted to send me sample pieces for a motor hoe to be launched on the market.” That day would forever remain one of the turning points in his life: those words take us into the life of Giancarlo Selci, the central figure in one of twenty-three stories shared in the book Sembrava Impossibile, written by Stefano Zurlo, Manila Alfano and Giorgio Gandola, published by Wise Society and based on an idea by Nicoletta Poli Poggiaroni.

Anecdotes, explorations and glimpses behind the scenes welcome the reader into the lives of 23 successful Italian entrepreneurs who started from nothing and achieved success, kick-starting the Italian economy. The stories of these entrepreneurs evoke Italian pride and raise the bar for excellence, and their lives point the way for a new generation, proving that "you can be the first even when you start last". It all "seemed impossible" – to borrow the title of the book, which was recently presented at the Mudec in Milan and is already being reprinted – because no one would have believed that those men could determine their own fate and overcome life's challenges with courage and creativity.

"The company became increasingly important and multiple specialities opened up: not just machines for wood, but also for machining glass and stone. In 1989 Biesse began to expand abroad and, after moving a few times, it settled into its current headquarters on the outskirts of Pesaro. Biesse grew into a multinational company and in 2001 was listed on the Italian Stock Exchange.
This is where we develop ad hoc solutions for half the world," the story continues, as journalist Stefano Zurlo traces the key events in the life of Giancarlo Selci and the Biesse Group: a multinational company that is celebrating its fiftieth anniversary this year. "These days Giancarlo continues to see the future and put it on paper, while control of the group has passed on to his son Roberto, the CEO of the Biesse Group," the journalist states in closing.

The book was published by Wise Society, an international multimedia platform that collects positive projects, best practices in business and the stories of entrepreneurs, researchers, professors, doctors and creatives who promote new lifestyles and new approaches to business that are more attentive to the well-being of the individual and the environment. 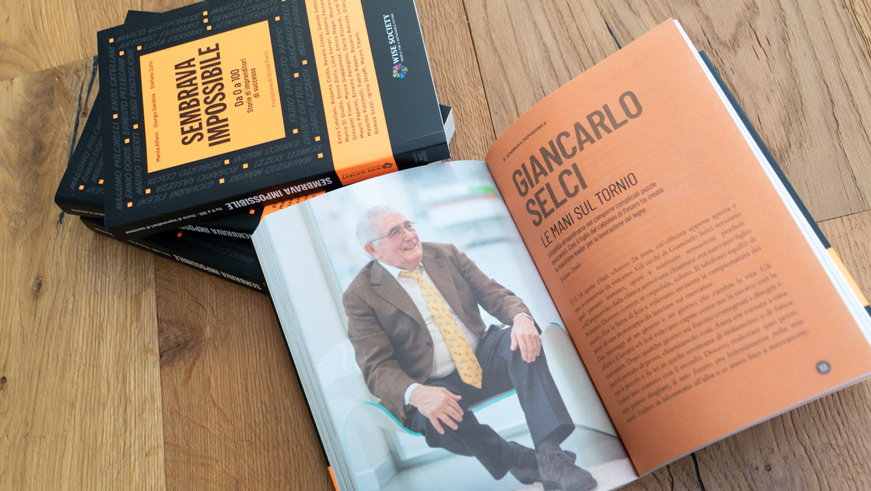 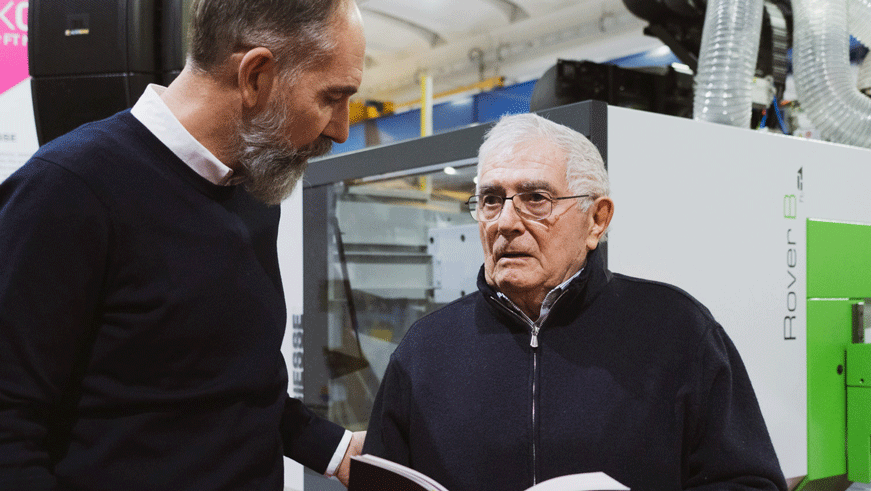