On 2nd December, Biesse's Software Development team intervened during a lesson of the “Software Engineering” course at the Università Politecnica delle Marche, to speak about the innovation of bSolid - the 3D CAD/CAM software created entirely by Biesse.

This initiative, organised by the Biesse Group HR team, aims to bring the world of work closer to the university, explaining to the students how the work is organised in a pioneering company, and also explaining what it means to be able to transfer and share your knowledge within a work team. Professor Luca Spalazzi was joined by Biesse Group Software Development Manager Filippo Bostrenghi and other members of the team (including some ex students of the Polytechnic), who became teachers for a day.
“Biesse sees software as one of the cornerstones of its technological innovation. And it's not a foregone conclusion that software plays this leading role in a mechanical company. By explaining the origins and technology of bSolid, we were able to pass on to the students certain aspects that go beyond mere programming. A story that explains the “whys” of software engineering, but also of the ideas and enthusiasm needed to create the best software. It tells them about an R&D centre that's rare to the point of being unique in Italian industry, where young people who were in the classroom until just a few months ago now have the chance to fully express and extend the concepts and technologies learnt during their studies” said Filippo Bostrenghi at the end of the day.
Participating in these lessons also means an opportunity to meet the youngsters who are nearing the end of their student lives, to tell them about our company and identify the most enterprising future talents. 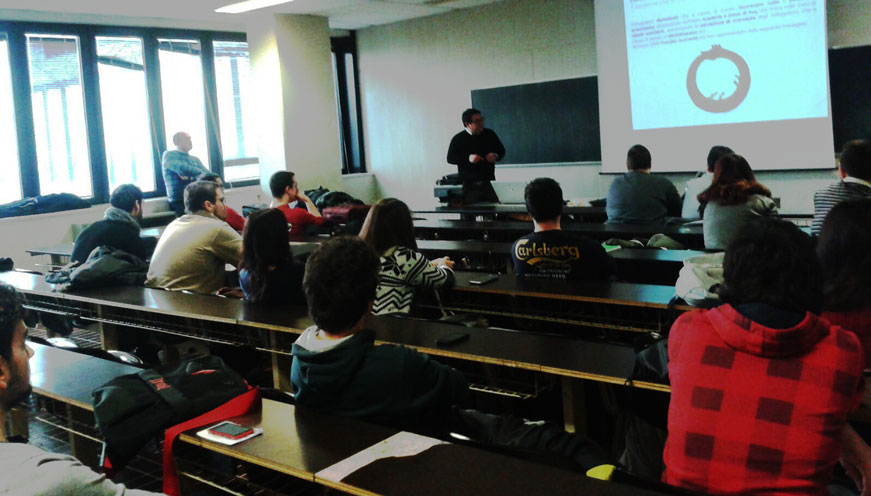