The presentation of all the Vis Sauro Nuoto swim teams was held at 6.30 pm Saturday evening at Palazzo Mosca - Musei Civici in Piazza Toschi Mosca (Pesaro) with the participation of the Councillor for Well-being and proxy for sport, Mila Della Dora, and the representatives for Vis Sauro Nuoto and Biesse S.p.A. Biesse founder Mr Giancarlo Selci decided to provide tangible support for local young teams by sponsoring various sports, one of which is swimming.

"We must never stop being passionate about our work and must nurture our desire to learn new things. We need to pass on these values to our children and grandchildren, who are our future" noted Giancarlo Selci. “Sport is a contribution to young people's future and to their education. That's why Biesse wants to be socially responsible and contribute to fostering a proper lifestyle for children and young adults and their families".

Vis Sauro Nuoto was founded 1 January 1946. Since then Vis Sauro Nuoto has raised numerous champions, like Olympic champions Carlo Romani, Carla Lasi, Filippo Magnini, Simone Ruffini and those who earned medals in the World Cup like Oliver Vincenzetti and World and European Juniores champion Edoardo Giorgetti as well as the current coach of the "divine" Federica Pellegrini, Matteo Giunta, not to mention the many athletes who have been part of the national team. Athletes with Vis Sauro Nuoto train in the sea and race between two piers in the port. They've been in the same location for the roughly 70 years since the association was born. The association's headquarters are at the Club Nautico, just a few metres away from the old racing area. Athletes train in the sea to appreciate the beauty and sense of freedom of swimming without following the "black line" of a swimming pool.

Vis Sauro Nuoto has returned to the starting line-up thanks to the willingness, effort and resilience of parents and trainers who don't want to renounce their origins: the rules of pure, healthy competition that the group has throughout its history - and thanks to its directors and trainers - always drilled into athletes as they grow into men. Thanks to these values, and the results achieved, Vis Sauro Nuoto became a team. Various local companies are connected to the association from Pesaro. Members of the pool currently include the team from Cagli, Montecchio, Montefeltro, Matelica and starting this year a team from Ancona: “Conero Wellness”.

"Ours is a large family where the only rules that count are common sense, moral and physical health and above all a great love of swimming": the following statement was first published in an article about Vis Sauro in 1950 and remains true today, nearly 70 years later. "There's strength in unity" our motto today is "Stronger together". 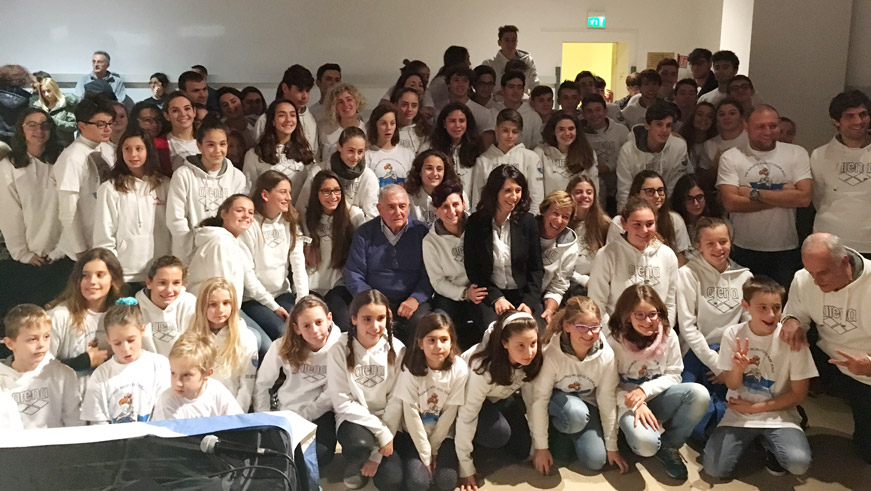 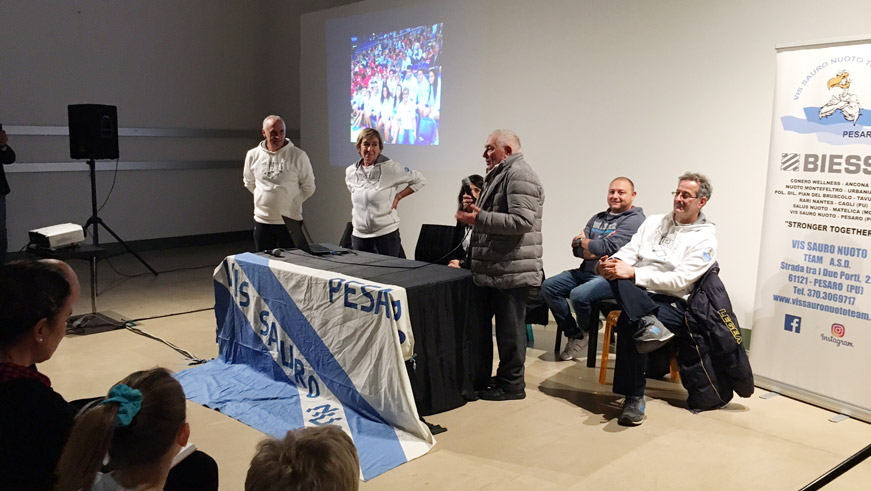 80GFestival! Biesse Group celebrates its successes with all its employees 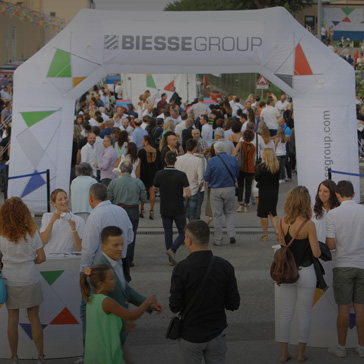 The Biesse Group invited almost 3,500 guests to the 80G Festival, an event held on Saturday 3 September on the Pesaro ca...
Formazione 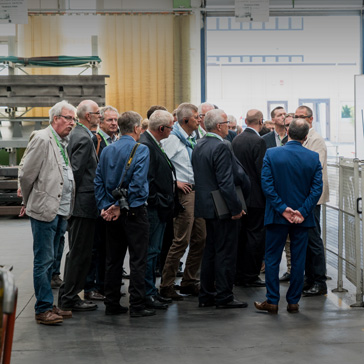