On 20/01/2017 Biesse Group bought the remaining 20% of shares from Nuri Baylar, the minority shareholder of Biesse Turkey, who consequentially ceased his duties within the company at the end of January 2017.

Biesse Turkey’s Management Team is currently organized as follows: Federico Broccoli is the Subsidiary’s CEO; Turhan Kaya is CFO and HR Manager and Yelda Akinci is Operations Manager and Service Manager. As far as Sales are concerned, Suleyman Ozkan will hold the role of Commercial Leader with the support of Mr. Pierluigi Baldacci.
Furthermore, Biesse Group proudly announced that, starting from 01/03/2017, the Turkish Subsidiary and the whole team will move all their operations to the new facilities located in Samandıra Yolu, Büyükbakkalköy Maltepe – Istanbul. This not only to cope with Biesse Turkey’s expansion plan, so much that the new offices will be twice the size of the actual ones, but also to further facilitate the contact with the Customers, central asset in all Biesse’s philosophy.

In fact, the new premises are strategically located on the TEM highway, which connects Istanbul to Ankara, less than 25 minutes away from Istanbul Sabiha Gokcen International Airport. Together with its premium partner Cetinmak Makina the subsidiary is in this way able to extensively cover all Turkish territory.

“All these investments in the Turkish Subsidiary intend to confirm our commitment in being close to our Customers, both physically, easing the logistics through the new tactical facilities’ position, and in terms of support, thanks to a larger spare parts stock and our 21 Turkey-based professionals engaged in the Service Team. As a matter of fact, such a strong Service Department perfectly falls into our general expansion and caring plan for the Middle East. The newborn Dubai-based Biesse Middle East (resulted from the incorporation of the previous representative office into a full operating subsidiary) will in fact largely benefit from this empowered Turkish Service Department, receiving all the necessary support for its Clients and its 600 sqm cutting edge showroom. The opening of our Biesse Group Dubai Campus, a multifunctional and highly technological space, is scheduled for the 2nd quarter of 2017” states Federico Broccoli, Subsidiaries Division and Wood Division Director – Sales.

In addition to the new, larger office spaces, Biesse Turkey has signed an agreement for a 2,000 sqm showroom located on the same property with the aim of opening it in the second half of 2017.

“Being able to provide our Turkish Subsidiary with all the tools to confirm its leading role in the market it’s a vision come true” – continues Broccoli – “we are the first and only one, among the key industry players, to have a direct Subsidiary in Turkey and this demonstrates our trust in this market, which, despite the recent difficult situation, remains central in our global strategic investments”. 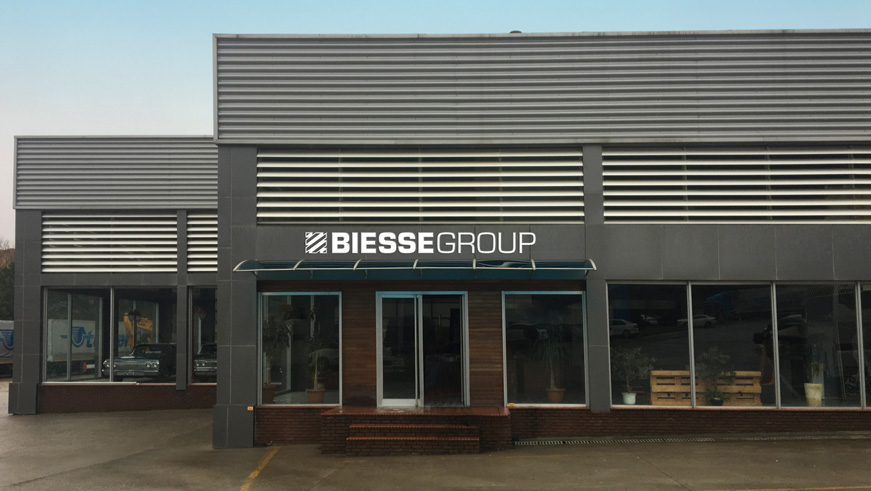