"The figures for this semester are quite positive –  commented the Executive Director Mr Stefano Porcellini – and we are, therefore, very satisfied that this year (2015) is emerging as a record year for the Group turnover. The above is happening despite the economic and political instability in various parts of the world, which makes growing the business difficult: Brazil, Russia and North Africa remain weak whilst there are worries from the Chinese financial markets turbulences that could have an impact on the real economy in the whole Asia.
In the second half – Mr Stefano Porcellini continues –  we will perform well due to the excellence of our people, products and services. The considerable investments made in innovation, quality, sales network and marketing over the last two years are giving the expected results”.

Group order intake/portfolio – breakdown by segment and by geographic area
The consolidated orders intake in the first six months of the current financial year remained solid and sustained despite various political and economic uncertainties and the consequent increase in volatility. At 30 June 2015, the orders intake showed a year-on-year increase of almost 13% and even if –although- it’s quite difficult to certify, there is concrete evidence that the overall world market shares of all the Biesse business divisions have grown.
The revenues and the orders intake of Biesse outperformed the average results of the three main reference trade associations (UCIMU machine tools - ACIMALL woodworking machinery - VDMA machines/engineering). The outlook for investments in durable goods remains positive but shows different characteristics with more positive forecasts for the immediate future for UCIMU and ACIMALL (Italy) than for VDMA (Germany).
The Group manufacturing backlog at 30 June 2015 was Euro 139.6 million, an increase of 29.5% over the same period of the preceding financial year.

The gratifying results and success of the AWFS Fair in Las Vegas (Wood sector 22-25 July) was especially noteworthy in the United States and confirms not only the healthy state of the US economy but also the ability of Biesse to obtain a record orders intake level. This result also reflects the targeted investments made in infrastructures (show-rooms) and personnel that are part of the Industrial Plan strategies. 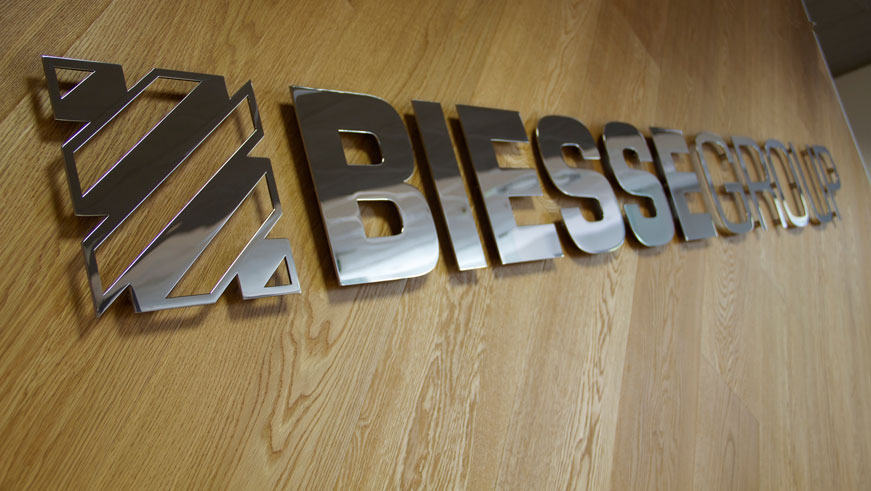 Biesse raises the revenue forecast for 2014

Design and Digital Manufacturing, an engaging conversation between creativity, innovation and technology The fringe event (Milan, Friday 17 April, San Maurizio Cloister) has attracted the attention of a varied international a...
CORPORATE

We are happy to report an extremely positive first quarter , - both in terms of growth and profitablity – stated Stefa...