In celebration of the new school year, Fondazione Francesca Rava and Fondazione Mediolanum ONLUS engaged the middle schoolers of Cascia in laboratories overseen by a pair of artists who collaborate with prestigious company FIAM and who helped them manufacture works of art using glass.

Artists Silvio Cattani and Anna Lorenzetti introduced the 60 young people to teamwork through which they created unique works of art using glass and colour. The theme used was "I dreamed of a landscape": the children were guided as they imagined and crafted the ideal landscape, the abode of all their core dreams.

The day started with a greeting from the president of Fondazione Francesca Rava, Mariavittoria Rava, and of Fondazione Mediolanum, Sara Doris, along with mayor Mario De Carolis, the regional councillor for school buildings of Umbria, Antonio Bartolini and Rosella Tonti, education director for Norcia and Cascia.

Fondazione Francesca Rava – N.P.H. Italia ONLUS has already rebuilt 5 schools in Umbria following the 2016 earthquake, one of which was the Beato Simone Fidati middle school in Cascia, an insulated, earthquake-resistant structure for 60 students. "We are happy to return to Cascia with the young people as they start the new school year in the new building that was handed over to them this past June, less than 9 months after the destructive quake. The earthquake imposed limits on hopes and dreams; today, besides the schools, we have opened the world up for exploration through artistic laboratories and with the participation of those who helped us, Sara Doris and the companies tied to Fondazione Mediolanum that were happy to be here and share in the joy of these children" stated Mariavittoria Rava, president of the Fondazione Francesca Rava - the non-profit that built the school with support from Fondazione Mediolanum ONLUS, FIAM Italia and Biesse Group, who inaugurated the school year for the class named after them with a plaque to commemorate their contribution.

"Contributing to restore normalcy", added Sara Doris, the president of Fondazione Mediolanum, "where the earthquake changed the lives of so many families, is a feeling that can't be expressed. My thanks go to Mariavittoria Rava who has once again given us a chance to participate, together with FIAM Italia and Biesse Group in such an important project for the territory. Santa Rita and her teachings have been passed on with tangible, real life examples. It's only by acting that one can make a mark on the lives of others, but not much can be done alone. We rebuild together."

“It's a joy to see that the work of Fondazione Francesca Rava didn't end with the creation of this beautiful school but continues with innovative educational projects like the glass decorating project hosted today and will continue with many other projects in Umbria" closed Antonio Bartolini, councillor for education and school buildings for the region of Umbria. Deeply touched, Daniele Livi, CEO of FIAM Italia thanked the children for having helped him and his company feel useful and encouraged them to never stop dreaming: "always fight for your dreams".

Alessandra Selci from Biesse Group added: "You children are the white pages on which our history and yours, and the history of our nation, will be written".

The morning closed with a locally-grown lunch featuring products from the Agricultural Cooperative of Cascia. The foods were grown in the multi-purpose field opposite the school building. 26 September is also the anniversary of the earthquake that hit Umbria twenty years ago destroying the Basilica of Assisi: it's a region that has learned to start from scratch many times, today with Fondazione Francesca Rava. 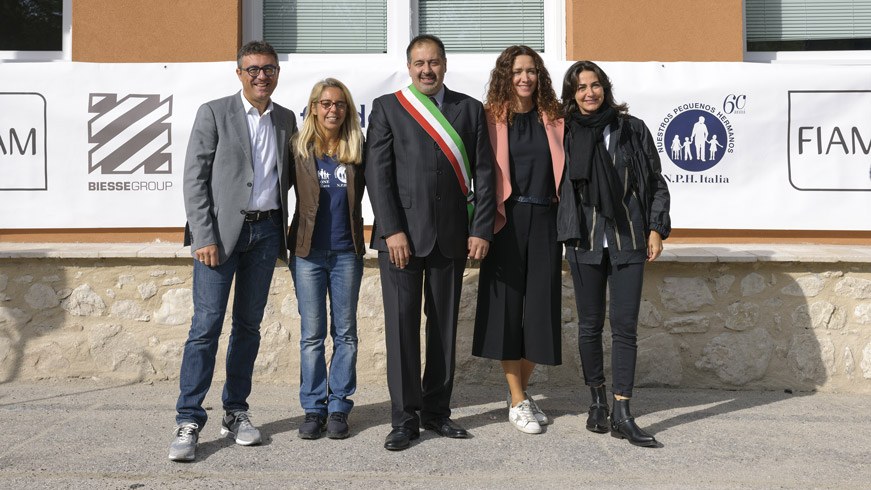 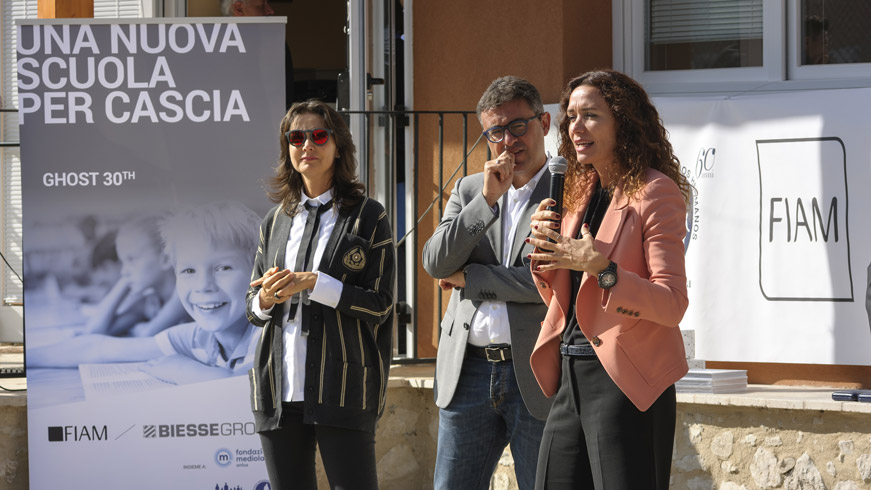 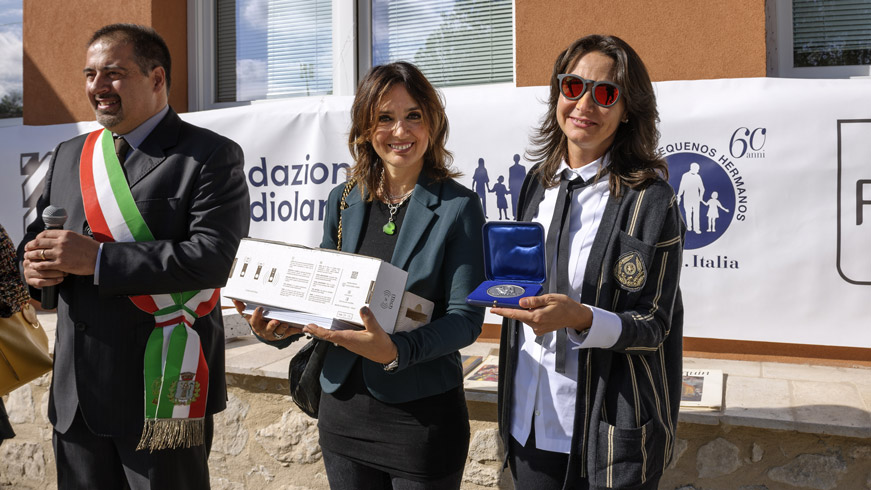 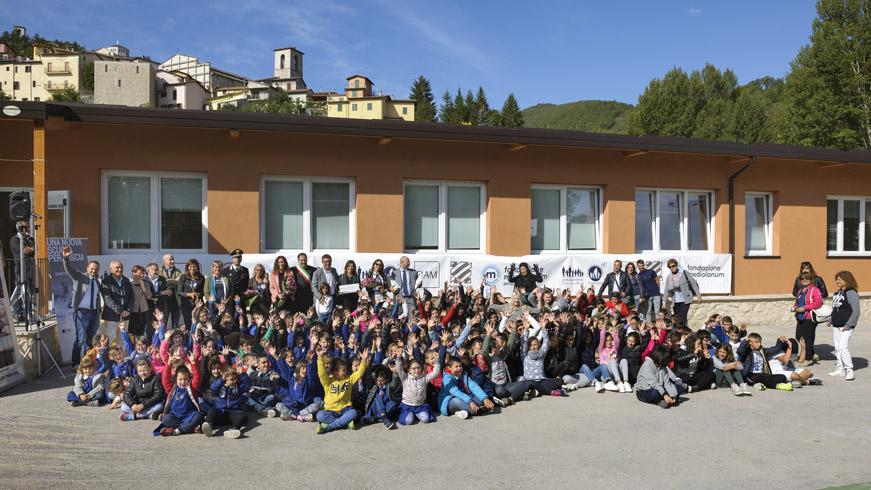 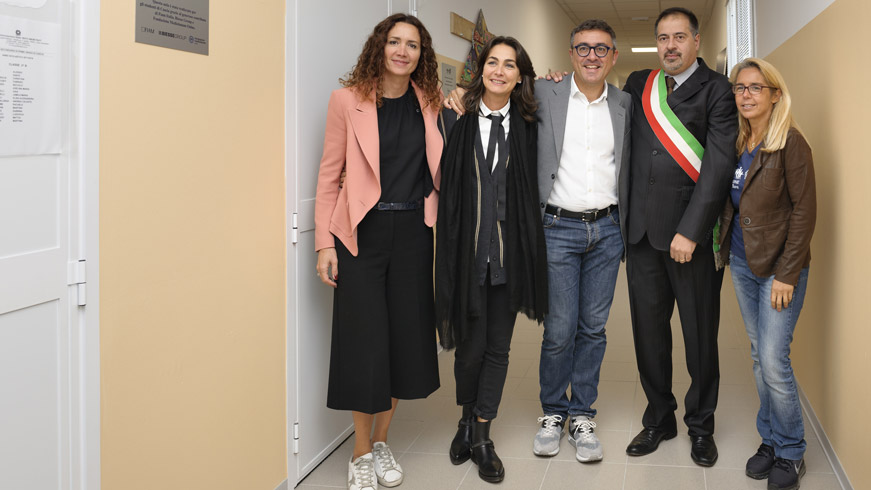 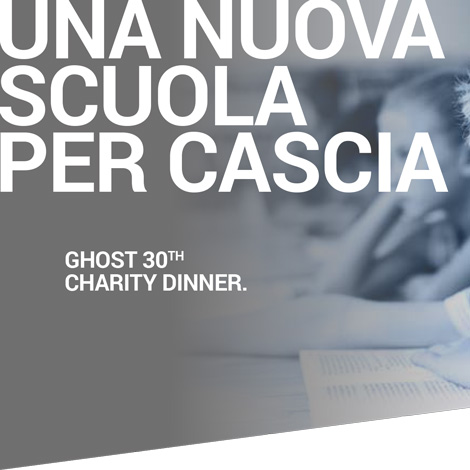 FIAM and Biesse Group promote synergy between companies to support reconstruction in areas affected by the earthquake, s...
EVENTS & EXHIBITIONS 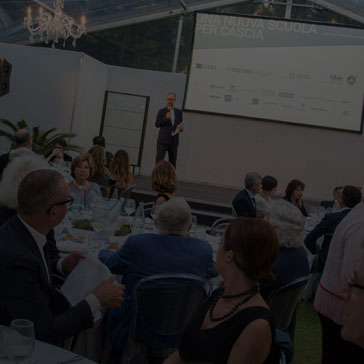 The charity dinner held by Fiam, Biesse Group, and Fondazione Mediolanum Onlus was a great success: 70,000 Euros were do...